Next BWTFCL game was against ERA who we knew would be as hard an enemy as DW yesterday. Server was once again really good but the game began a little late due to the fact that the monitor of our engie went nuts and we had to find an 8th player.

First map was sd2 which, we thought, we were able to win even against ERA since we tend to win it against nearly everyone. But what we haven´t thought of was THAT kind of offense!! Man, those guys could bunnyhopp like hell and so our mainramp soldier was always swapping between ramp and flagroom, our sentry was nearly always down and therefore the lift too. Regarding to our dfens there was an enemy in our flagroom at almost any time.
Our off was as unlucky as our def because except one cap at the beginning of the map we were running against ERA def with nearly no success. They had two sentries and played with one off-ng and we had a hard time to get even one sentry down once in a while. We later switched to a two spy setup and had a few flagtouches more but we never got the flag out of their flagroom anymore. So ERA won this map at 10:60. 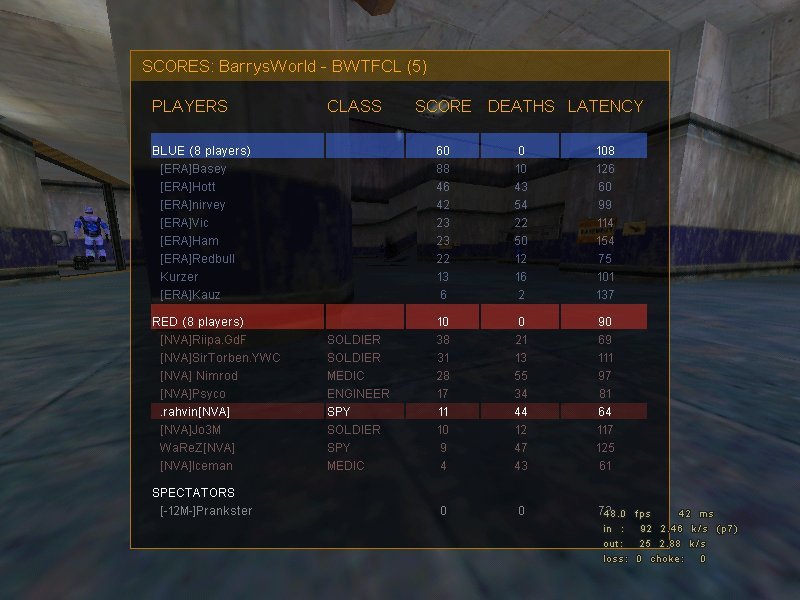 We were really depressed in the beginning of monkey_l but soon we saw that we could cap as fast as ERA could. Both teams now played with a 4/4 setup and so off-medics on both sides rushed the enemy base and capped all flags they could get their hands on 😉 After some time we saw that ERA was capping even faster than us and some time later they even had 30 points more than we had. But WareZ was saying we should cap faster now and so we did … because you NEVER disagree to what WareZ says!! 😉 We could make up for two flags but in the last seconds ERA could cap once more and so we lost with 120:140. 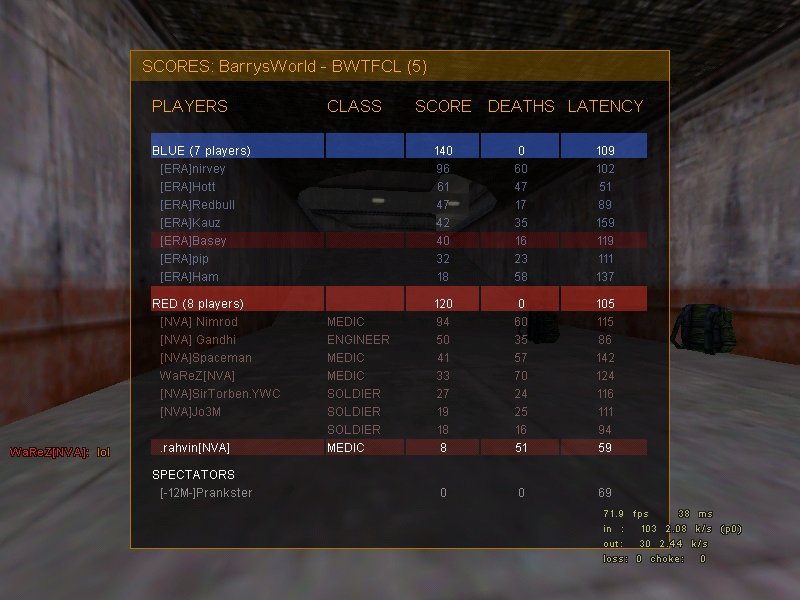 First halftime sucked bigtime but the 2nd map was one of the coolest games I´ve played in a long time 🙂 Thx to ERA for a fair and (at least partly) funny game.