This seasons 2nd BWTFCL match was against Digital Warfare. Since last seasons match was kinda devastating we thought to have little chances in this match. Fortunatly the server was very good so even our isdn-players had neither choke nor loss.

First map was well which we decided to play with five def. DW chose a similar tactic but bunnyhopping medics on both sides made sure that both flags were soon out the flagrooms. Both teams were able to score twice in the first minutes. After that DW-off began to cap more often than our off which was somehow disturbing. After ca. 15 mins of playing DW changed their def-setup from two maindoor soldiers to a soldier/engie combo that I think was easier to crack with the right conc-jumps. We could rush their flagroom more often and were able to drop the flag a couple of times. Unfortunatly most times it returned soon but on two occasions we could cap so the result of that halftime was 40:60 and a win for DW. 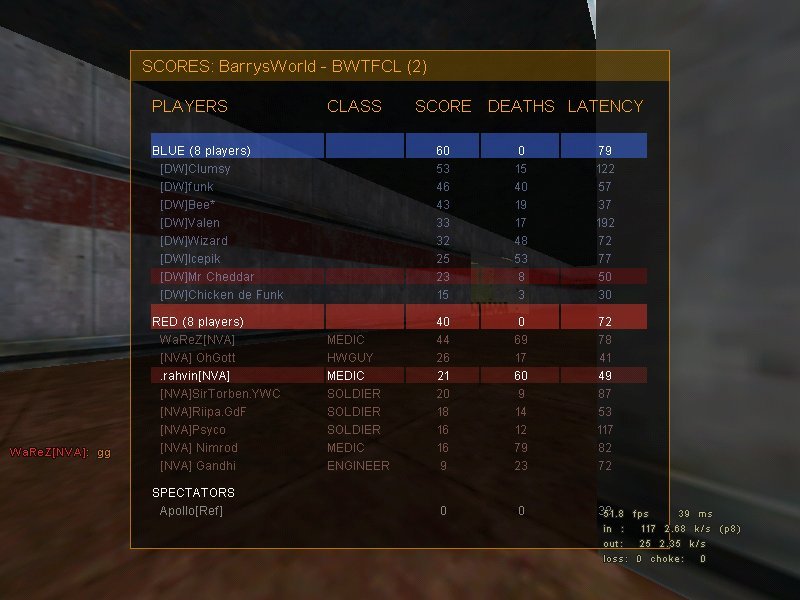 Next map was badlands and we hoped to have better chances againt DW since they never had a match in badlands before. Well, that assumption proved to be true because after fifteen minutes of playing we had our third flag out of their base and our enemy had nothing but a few touches 🙂
After some changes in DW def-setup we had a lot more problems to get to their flag while they could finally cap our flag. Since we didn´t want to risk our victory on this map Warez changed to def so work for our off was harder but DW couldn´t cap once more. So nothing notable happend in the rest of the match and the result of this map was 30:10. 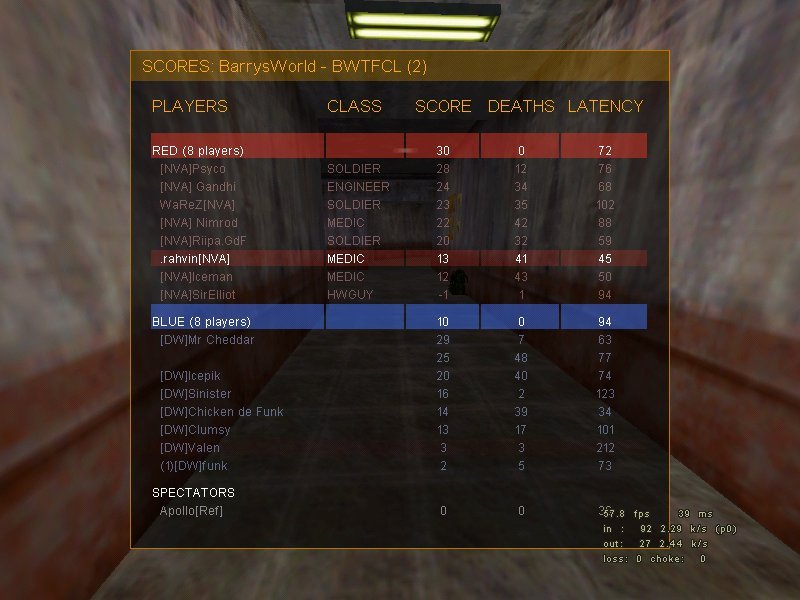 We had a lot of fun during this match (especially our off) and we hope DW don´t take it too hard that they´ve lost one map and therefore didn´t win the match.