Hmm … my first report in english. I hope I´m not making too many mistakes 🙂
Our first match in Barry´s World TFC League was against SSK. We didn´t know the clan and just hoped we´d be good enough to beat them.

First Map was shutdown_l. That map is rather old and we used to like it when it was new, but that was loooong ago. We didn´t find the right setup for our defense and so SSK hit the switch much to often. Because we knew we had a bad def on the map we only had a three man off but even with two engies we couldn´t keep SSK from touching the flag. Our offense was as unsuccessful in hitting the switch as our def was defending it and so all we accomplished was destroying their sentry now and then. SSK finally got the flag some minutes before the map ended and though we defended hard on the way out they could cap some two minutes before the map ended and won the map with 0:10 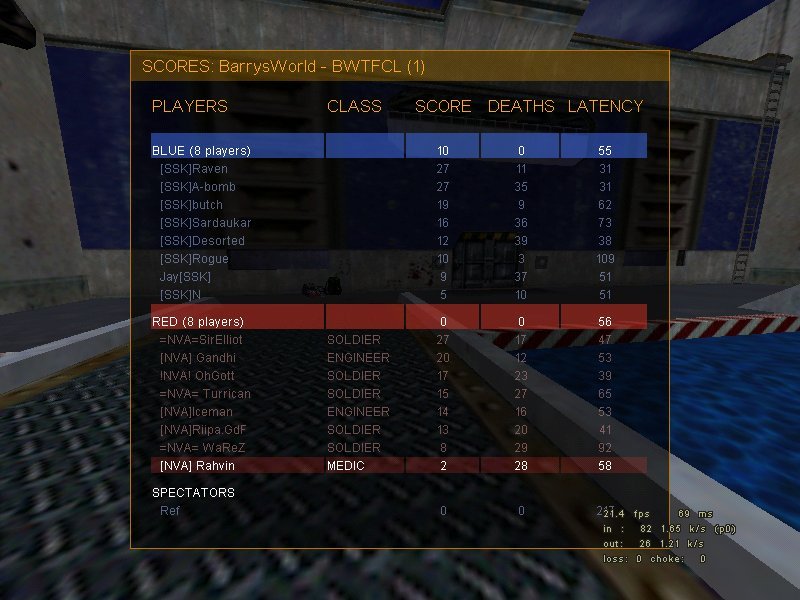 Because of the BWTFCL-rules all we could get now was a draw, since points count nothing here but only won maps. Nevertheless we hoped that we could win the map. The first run was good, we could touch the flag and get it to the basement. By then SSK had established their def and we had to watch the flag return 🙁
Both teams could get their hands on the nme-flag some seconds later and cap it. We got even a re-cap and some minutes and a lot of flag touches later the score was 40:20. We were really positive to win the map but then our defense completly broke apart. SSK had touch over touch and could re-cap the flag really fast. Soon the score was 50:50 and we were really desperate. Warez now changed to def but could not prevent a 6th cap by SSK. Some seconds before the map ended we were able to draw level and so this map ended 60:60. 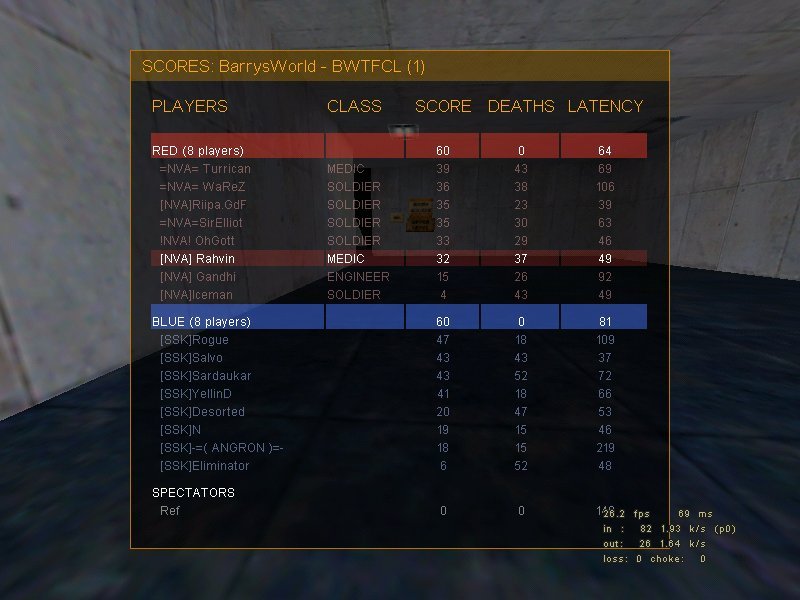 All in all the match was rather disappointing for us. Allthough it was the first match after christmas-break we really expected a better match for us. Thanks to SSK for fair-play and a exciting match.