Our second game in BWTFCL was against Clan MDR from france. The maps for the match were not the best choice (we played rock2 the last time in july last year) and had too few def-guys so Iceman traded his job as offense-leader for a highly desires position as offense engie on the second map 🙂

First Map was rock2 and we were not really surprised when our first run went awry. MDR def-tactic was similar to our own, except that they´d five people on defense including a second engie, so our scouts never really had a chance. Our defense was as narrow-minded about letting them have our key and so the usual rock2-typical run-against-heavy-def had begun. From what I heard MDR attacked coordinated but had nothing more than a few key touches. Our off was a little more successful for we got the key a few times near their gas chamber. Unfortunately we had to carry the key pace for pace and so MDR always had time to establish a efficient gas chamber defense. As expected the map ended 0:0. 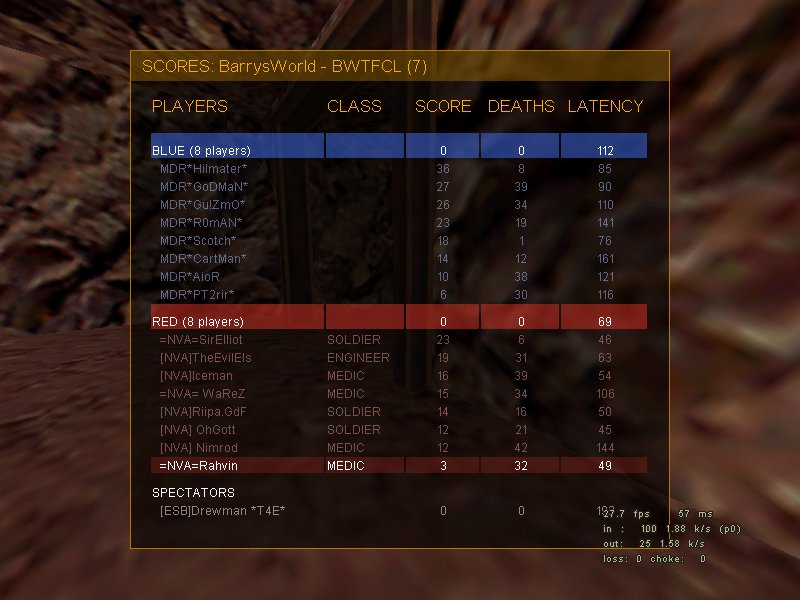 Next map was well and we were hoping to be more successful here since the map is more open than rock2. We had five men def again and I think MDR, too. First run was better this time and some seconds after start we threw the flag out of their flagroom. Unfortunatly MDR def on the main entrace was really good and it was rather hard to open the grate since their hw did a really good job. During the map we got the flag some more times out of their flagroom but never out of the well room. My personal impression was that the tower def of MDR was not that good but it was unusually hard to get past the main or water entrance.
If I remember rightly MDR offense had a hard time getting near our flag for our defense was really good. There was only one time they had a chance to get our flag out. They carried the flag to our main entrance and though it was a tough fight we were able to let our flag return 🙂
I´ve never seen a well map end 0:0 but I guess there´s a first time for everything. No flag capped during the whole match …. mmmh, I guess that means extra offense training?! Iiieks! 😉 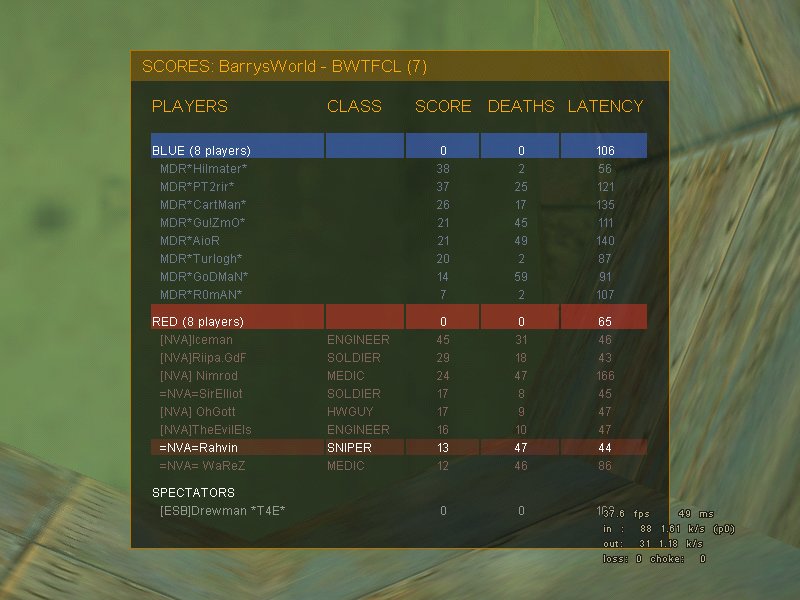 What a game! Thx to MDR for fair play and a cool game. Since I was on offense I think I have to hate Hilmater now 😉