On January 21st 2001 we played against MuF in BWTFCL. I remeber us playing sd2 and crossover2.

In sd2 we did as expected a good job and won 40:10. Then crossover2 was to be played. Some time ago we played three clanwars on this map and won two of them. One of these two was against the the famous D-Walk-crew 1999/2000, so we were really looking forward to this halftime. But then we practised some lousy playing in defense and lost halftime 20:40. 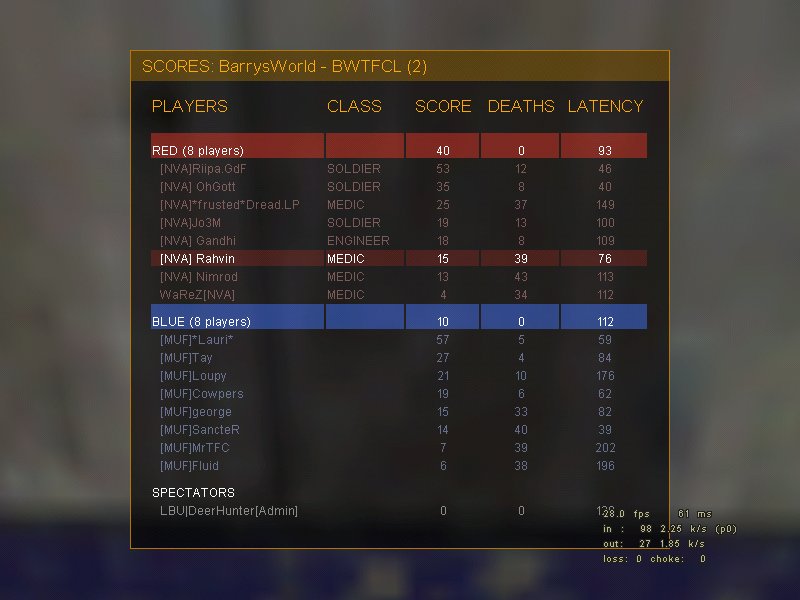 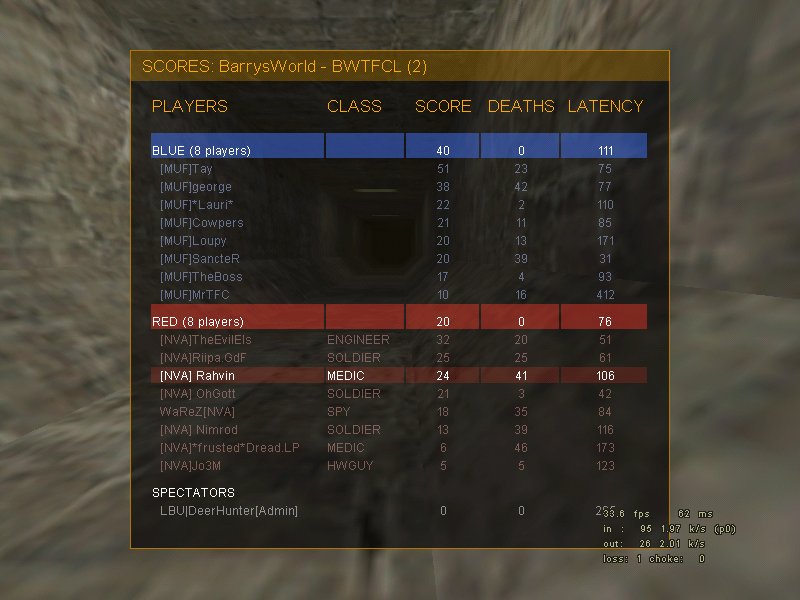 Again only a draw in a BWTFCL-game. Before the match started we were hoping to take all 3 points with us, but the way we played crossover2 made this impossible. Good game MuF .. and time for some train NVA. 😛